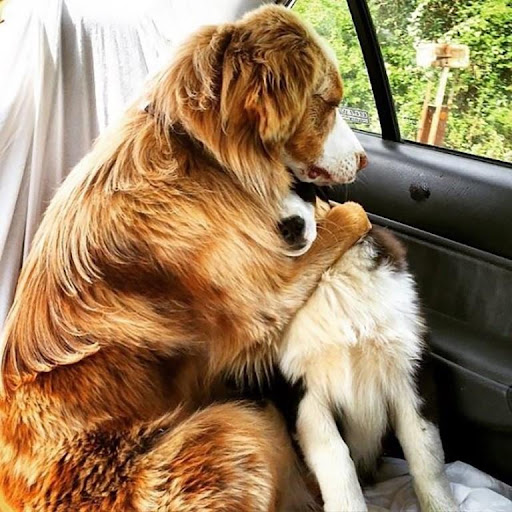 When it comes down to whether mongrel or purebred dogs, I admit, all dogs, purebred or mixed breed, will love you to death and there is no contest, both pure of heart. But over the years, we have formed a belief that mongrels are healthier than purebreds because of a greater genetic diversity. Yet between the two, the health discrepancies may not be as big as was once thought and in doing research for this article, my belief has been altered.

Despite articles claiming that mixed-breed dogs are healthier than purebred dogs and that there is a higher concentration of hereditary disease in purebred dogs, many extensive studies I’ve examined prove disease in just as common with both mixed and purebreds.

One important study conducted by the University of California-Davis tells us that mixed breeds don’t necessarily have an advantage when it comes to inherited canine disorders. The study included 90,000 purebred and mixed-breed over a period of 15 years. Researchers used 24 disorders for the study because the accurate diagnostic advantage and knowingly prevalent in the overall dog population. Data showed that breeds that shared a similar lineage were more susceptible to certain inherited disorders sharing gene mutations for certain inherited diseases. Researchers also found that those disorders that are often attributed to a specific breeds are just as likely to be found in mixed-breed dogs failing to find a statically significant difference in this study.

So why do folks choose a purebred dog over mixed-breed. I feel the expectations that are desired are more easily met is the number one reason folks choose purbreds. The predictability of size, general temperament, grooming needs, and activity level for a new furry family member is up there on top for the reason for choosing a purebred.

Another reason purebreds are desired is the ability to bring your new furry family member home around the age of around 8 weeks of age, which is not only fun, but a tremendous benefit. At this young age, your new pup is very impressionable and able to absorb socialization cues, making behavioral training much easier.

I feel the top two reasons folks choose to adopt from a shelter or rescue, which are mostly mixed breeds, they are strongly met with financial consideration and they know they are making an enormous impact in the life of a deserving pet.

While there are certain diseases linked to purebred dogs, there are also various medical problems related to multiple breeds that share similar statutes or conformations. I often hear people condemn those that purchase a purebred from a breeder. I’ve heard things like “I can’t believe so-and-so bought a dog with all the shelter pets out there. That’s so irresponsible.” Or “I hate people who buy dogs from breeders.” We should not fault people for wanting a dog that will meet their wants and needs. We’ve made breeds on purpose over many years precisely to fulfill certain needs in dogs that could live and work and love for long, happy lives.

Let’s stop vilifying those that purchase purebred dogs and instead focus on working on improving animal welfare and educate about irresponsible breeding practices. Let’s bring awareness of what truly makes up a responsible breeder. The importance of having good and ethical breeders is so important. Educate about puppy mills and the industry they’re supporting if they buy from a pet store or online. A dog carrying an inherited disorder is not a “bad dog”–but we humans responsible for breeding selections need to make sustainable decisions avoiding inbreeding. Image the difference if spay and neutering were free to all. You may find that all it takes is a bit of education and awareness to lessen the burden of the abundance of disease with both mongrel and purebred dogs.

So… the theory that purebred dogs are more prone to disease doesn’t really hold up any longer.