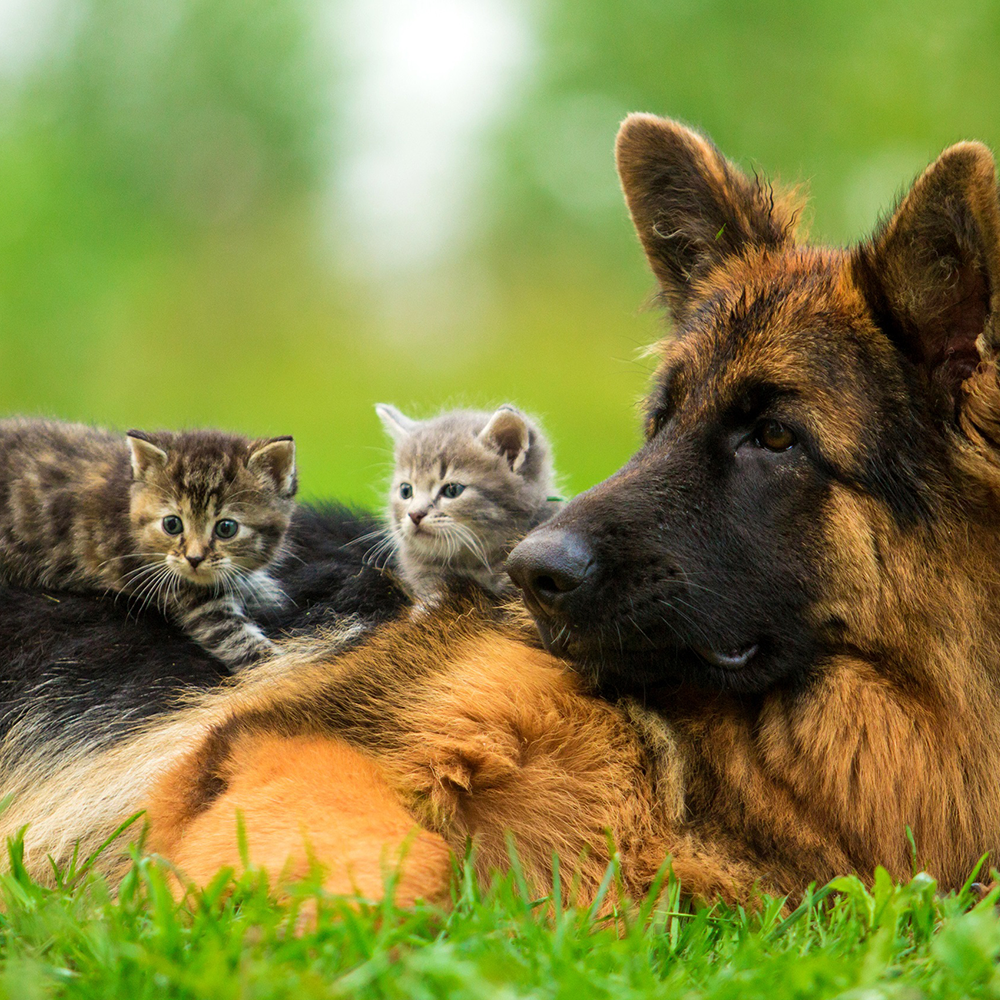 For many of us, Facebook is a place to post memes or pictures of our pets, but for David Rogers, founder of MBJungle Foundation, it’s a way to change the lives of animals. His online organization uses Facebook and other social media sites to educate the public about pet mental illness and pet birth defects, and about the impact pets can have on the lives of those struggling with a mental or physical disability themselves.

“Nine years ago, I was diagnosed with bipolar and was told I would never work again,” explains Rogers, who didn’t have a pet at the time.

Two months after his diagnosis, the then 43-year-old was given an apple head Chihuahua as a gift. He says becoming a pet owner helped him persevere through one of the most challenging times in his life.

“My little puppy Millie was the first dog I ever got, and she gave me so much support to get me out of bed every day,” he recalls.

His own experiences and his love for Millie — now eight years old — sparked Rogers’ interest in mental illness in pets, and he began researching its causes, treatments, and effects.

Rogers learned that many mental illnesses seen in people, such as anxiety, compulsive disorders, and depression, can also be found in pets. In dogs, symptoms of psychiatric diseases range from compulsive tail chasing and excessive licking to loss of appetite and lethargy.

“Having had gone through the feeling and emotions myself, I can identify with it,” says Rogers, who credits his current quality of life to his partner; to Millie and his other dog, Bea; and to changes in medication that helped him manage his mental illness.

Rogers also learned more about the role genetics play in pet mental health and birth defects. He became very interested in how humans can perpetuate these disorders in companion animals, and was struck by what he calls a lack of publicly available information on the subject.

“I believe most people believe that bad treatment of animals causes mental problems, but they don’t believe that it’s genetic or that they’re born with mental illness,” he explains. “Really, a lot of them are already predisposed to mental illness, and then they go through traumatic abuse that makes things worse.”

After identifying the need for more awareness on the subject, Rogers started the MBJungle Foundation with the aim of educating people on how humans contribute to causing these problems in pets. He created a website and a Facebook page in an effort to reach out to as many people as possible, and to serve as a fundraising link to organizations involved in helping pets born with health problems.

“Every morning, I post educational information on how to prevent birth defects,” explains Rogers, who hopes the information he’s aggregating and sharing will influence a reduction in the number of pets suffering from genetic disorders due to irresponsible breeding.

“I don’t think people really realize the impact some of these breeding methods have. Dogs and cats are being bred over and over again with birth defects.”

Rogers says many of the most common birth defects in dogs are often seen in the toy breeds.

“A lot of the small ones have cleft palates,” he explains, adding that Millie has suffered an eye condition known as eye proptosis, in which the eyes bulge out of the head.

While eye proptosis is not a birth defect, the experience of coming home to find Millie with her eyeball outside her head (and rushing her to emergency surgery) increased Rogers’ empathy for pets and pet people who deal with frequent medical interventions due to a birth defect — whether it’s from puppyhood or something that isn’t noticed until later on.

“There are so many of them who are born with birth defects, but you don’t realize it for years down the road,” says Rogers.

It was his determination to raise awareness of these issues that drove Rogers to create Pet Birth Defect Awareness Day, which will be celebrated for the first time on September 13, 2015, and has been added to the awareness calendars of organizations around the world.

“We have two ribbons for the awareness day,” explains Rogers. “An orange ribbon for mental illness and a green ribbon for birth defects.”

The two separate ribbons symbolize the two related issues Rogers is advocating for, and the two colors will be worn intertwined to represent how humans influence the physical and mental health of companion animals.

One of Rogers’ goals for MBJungle Foundation is to influence the next generation of pet owners to create positive environments for pets living with mental illness. Rogers admits, many dog owners still react negatively to the idea that their dog could have a mental health problem. He says until people can recognize that these issues exist, the living environments for the animals won’t improve.

“That stigma still exists with people. We haven’t even accepted mental illness in people yet,” he says.

For Rogers, the challenge is getting people to accept that mental illness in animals is as real as other birth defects, and then getting them to accept the role humans play in making dogs sick — whether it be through bad breeding or bad treatment. He says all pets can be a vital part of a person’s life, and regardless of their mental or physical health, they all deserve a chance to live and be loved. 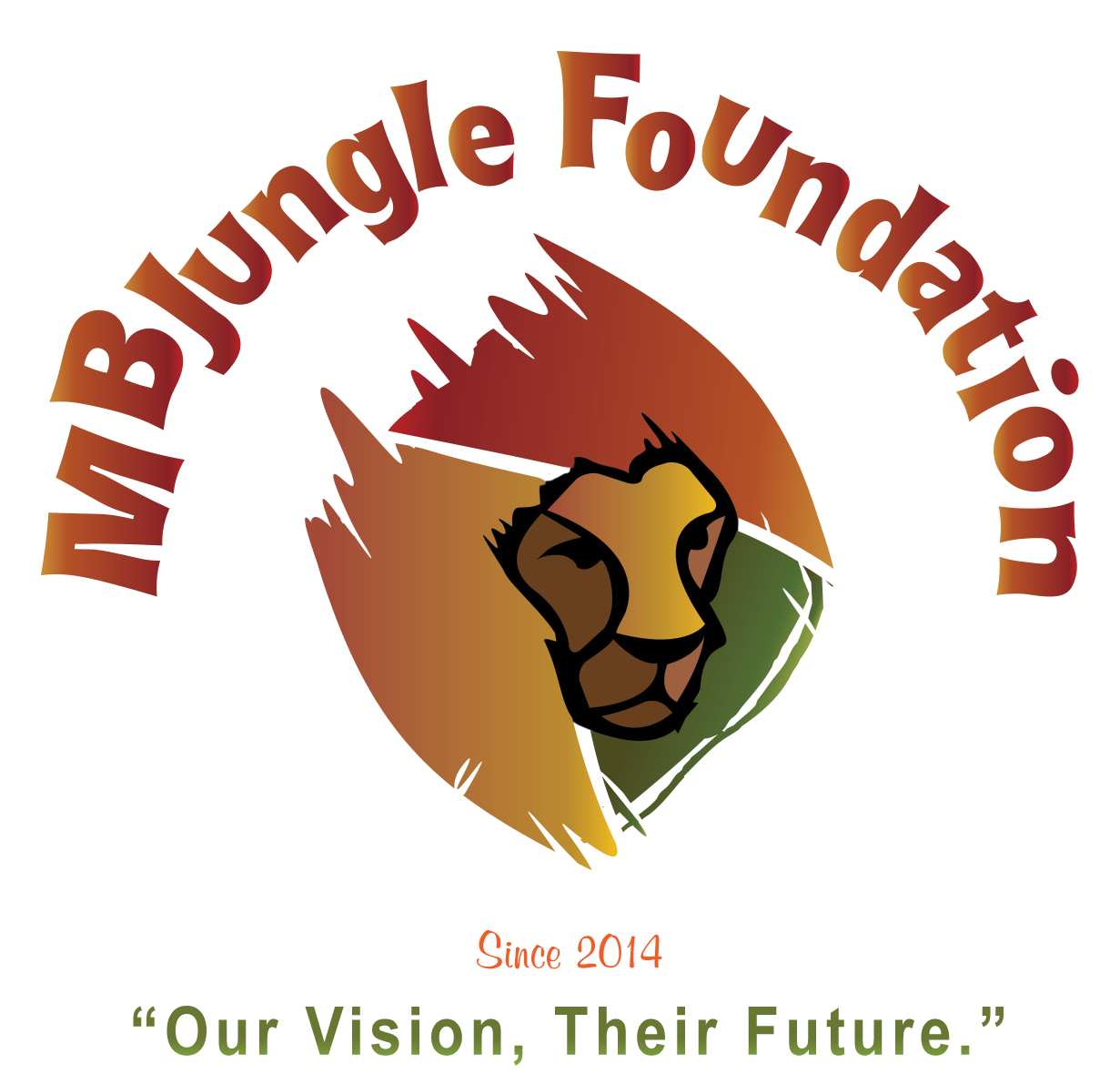